Stone wall/Nakagusuku Castle is on the list of 100 famous castles in Japan. It is also designated as a Japanese historical site as well as a UNESCO World Heritage site, under the title “Gusuku Sites and Related Properties of the Ryukyu Kingdom”. 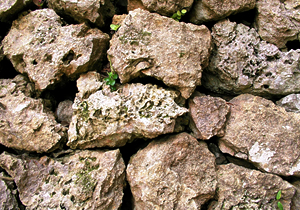 Stones that have not been processed. Natural stones and rocks are simply laid on each other. 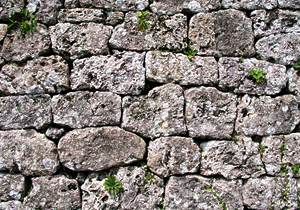 Cubical stones are laid in such an order that each layer presents the same height.
Big stones are a must because they make the wall very solid. This technique has been used to make the parts that surround the castle gates. 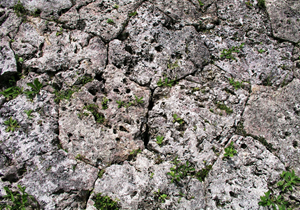 With this technique, stones are processed into different shapes in order to fit into each other. Because of this process, the wall remains solid and will last for a longer period of time. This technique can be seen at the north enclosure and the three enclosures which are thought to have been constructed by Lord Gosamaru .